A Prayer for Owen.

They all said the same thing.

It would take two years.

Once you start doing the research, it becomes clear as to why that is the case, but it does not make it any easier.

I started berating myself for not starting this process a lot earlier.
Of course, it had come to mind.
Honestly – I just was not sure she would qualify.

On the surface, my daughter may seem to be pretty normal – all things considered.
In fact, I remember once at Disneyland, a man completely lost his marbles when he saw us cut in line holding our special pass. There was no wheelchair, her NG tube was gone – nothing  identifiable of a medically fragile kid.

Ten years of close calls,
seven surgeries, two of which were life threatening,
one of which removed her kidneys,
one which put one of her Daddy’s kidneys in,
around a hundred blood draws,
hospital visits,
the ER,
clinic.

It adds up – especially when all of the above was experienced between birth and her current age of 10.

And as she is beginning to relive all that trauma, and experience harrowing nightmares and anxiety that causes her to get physically ill, all I could think about was how in the WORLD DO I HELP HER?

And because my girl’s love for animals is so deep and so wide, I thought of course a service or companion dog would be amazing.

And it turns out she does qualify.

And thus began the research and the reaching out to my beloved Village.

I have the absolute best Village in the whole world.

All of the sudden, the information gathering led to disheartening phrases, such as
“two year waiting lists”
and
“the cost is around $14,000”.

I’m an ENFJ. I get things done. And those phrases above would usually put me into a tailspin that would rival the Tasmanian Devil.

But a lot has been happening to me as of late.
Let’s just say I am working on my trust issues.

I am learning that in my desire to seek God’s wisdom and guidance, I often usurp His Generosity by praying from a place of expectation.

And because of this, I have missed so much of what He has done on my behalf because I just could not see the forest through the trees.

So, as I did my research and enlisted the help and knowledge of my Kickass Village, I just began to pray.
And by pray, I mean I sat in silence and just asked that God would do His will.
Thy will be done.
Nothing special or fancy.
Pretty simple.

Little did I know that I was praying for Owen. 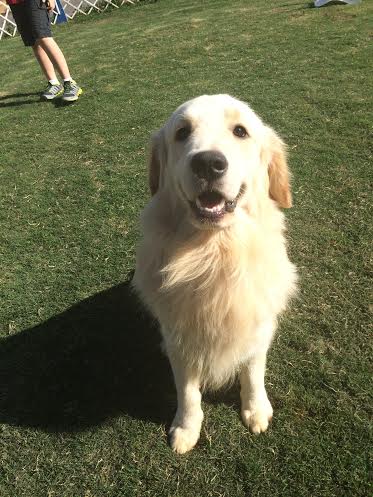 Tomorrow, after school, I get to tell my daughter that in about 6 weeks, Owen will be her certified service dog.

Tomorrow, I get to tell her that a woman who is a grandmother of two kiddos not all that dissimilar from Bella heard her story. And because of her own story, she just happens to be a part of a Foundation that supports service dogs for kids with trauma.
And she just happens to know that her trainer has a dog in training right now.
And this dog just happens to have already received at least half his funding.

And this dog just happens to be looking for a little girl to love on.

And this dog just happens to be Owen.

Thank you, Dear Village, for being an integral part of this story.
We can’t wait for you to meet him. 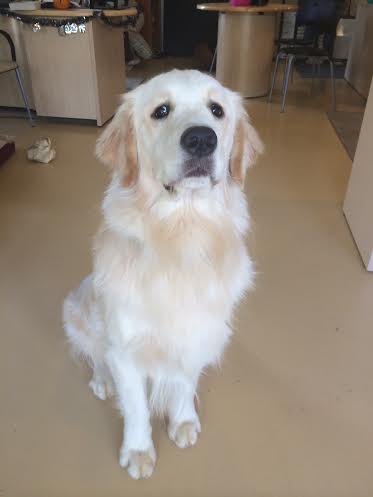