Eye of the Storm

We knew there would be rain.
It’s the Pacific Northwest.
And it is La Niña.
So there is always rain.

What we did not know, when we escaped to the Oregon Coast for a couple of nights as a family, is that there was a tremendous storm rolling in. And we would be, for a time, in it’s eye.

We could hear it coming before it actually landed. We could see the ominous shadow as it moved, causing both sky and water to commingle into the same shade of dark grey.
We could hear it come across the ocean as the waves sounded angry and tormented.
And then it hit land and the evergreens held on to their roots for dear life.

The wind.
The most demonstrable element of all.
So powerful it made the ground shake.

The next morning we took a walk on the beach.
The sky still reflected the storm – it was not quite ready to move on.

It had certainly been destructive, having washed ashore thousands upon thousands of Vellela Vellela whose sole source of movement is the tiny sails attached by which wind carries them across the water.

Being in the eye of a storm unexpectedly was unnerving.

We were not prepared and we were at its mercy.
We did not know if our shelter would be reliable, or if roads would be accessible, and let’s just say my husband and I were irrationally going over the tsunami evacuation route.

Nature’s metaphor of the Eye of the Storm definitely caught my attention.

On Maundy Thursday, my neighbor’s 16-year-old son went missing. How I knew something was amiss is that, nosy neighbor that I am, there were a swarm of police cars outside the home.
The next morning, I heard Cole was missing.

I brought over flowers and a card and left them on the porch because you see – I have never actually met the family. I have waved and said “hello” and “good morning” from afar, but never had a conversation.

Within 24 hours, I was one of three people running a Facebook page that soon toppled over 5000 members – all dedicated to one thing –
Finding Cole.

I have spent hours and hours and hours monitoring that Facebook page, praying in all earnest that I would not miss an important tip or anger the wrong person and obstruct the investigation in any way and just take on the anger of a few folks in their own personal pain, among other sorts.

This past weekend we found Cole and discovered that “Cole could not find peace here on earth”, as a family member stated.

While at the coast, a handblown glass candle caught my eye.
I took it to the counter and paid for it and as I was leaving, the store owner told me that the artist had created this candle in response to the weather lately.

It is called the
Eye of the Storm. 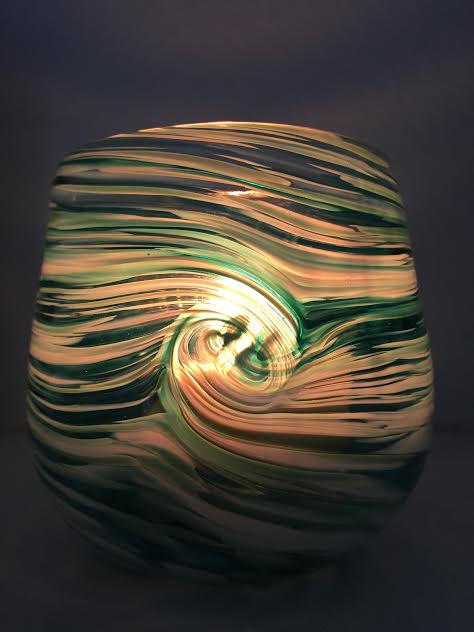 Look.
Look where the flame resides, where the light lands.

This is the promise the Giver of All Things has made to
each
one
of
us. 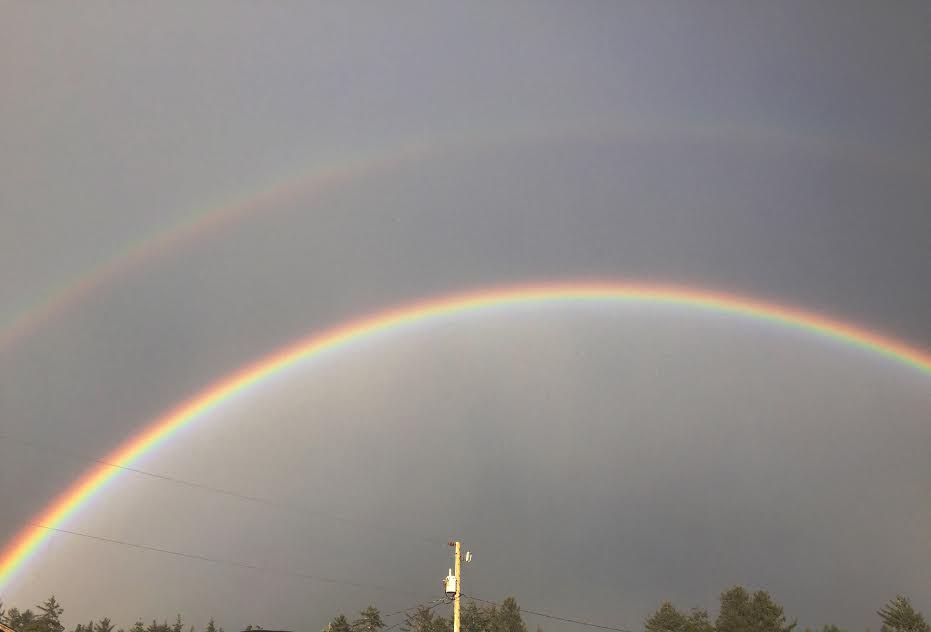