The Posture of Listening

She began her life in the United States in a Vietnamese refugee camp.

Soon after she moved to Oregon and at some point met her New Zealander husband, settled down, and began a family. She has a son and a daughter who are both in high school.

I sat with my hair in foils and the stubborn grey taking two hours to conquer, she shared many stories with me. The most poignant being her vulnerability about the painful encounters she has experienced since November.
She has been yelled at, told to “go back to where she came from!” and she has had people walk into the salon, see that she is Asian, vocalize that they do not want a “person like her” styling their hair, and have walked out. And besides the utter devastation that has been to her emotionally, that also is a loss of income.
As she stated,

“I refuse to allow them the satisfaction of seeing the hurt they cause me, Carrie.
So I stand tall, chin jutted, and respond respectfully.
I then go into the back, have a good cry, and return ready to do what I do so well –
Cut, color, and style hair.”

Best haircut/color I have ever had!

This was my first time in this salon.
And as I was paying, she thanked me for listening to her story and said something that gave me pause and has stuck with me,
“I could tell from soon after you walked in, from the eye contact you made with me and the questions you asked me, that you were safe for me to share my story.”

I have no idea what I did nor what facial expression I offered that welcomed her to share with me.
I am so glad that my countenance compelled her to feel safe.
I would say that I have been working on hard on learning how to listen better, whether it be online or in person.
I have been actively asking God to break down anything that hinders or gets in the way of me being able to have the posture of listening.

Sometimes this means I have to pay attention to that inner critic/pessimist who, because of my own privilege and paradigm and lens through which I view the world – has a tendency to default to doubting the authenticity of another’s story just because I cannot imagine such a life experience.
This type of posture is easily identifiable to those whose experiences are not a part of the majority culture and it means a warning label is placed on my forehead that I am not a safe place – not a safe recipient – to receive the vulnerability of friendship. 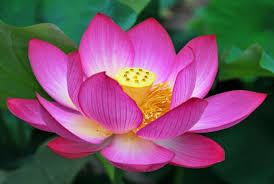 I want to have the posture of listening.
I want to be the type of person who does not need to be able to relate to another’s story in order to enter in and believe the words I hear to be as truthful as I get to assume my words are to others –
because they are as true.
And it is to my benefit to learn and grow from the stories of others and to focus my time and energy there instead of that insidious inner dialogue that asserts that only majority culture experiences bear the weight of truth just for the mere fact that they are stated as such whereas all other stories bear the weight of scrutiny and fact checking, in other words,
bias.

I pray that the posture of listening would become my default. 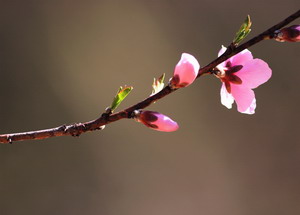